This year's Goodwood festival of speed was better was truly better than ever! Leading vehicle manufacturers such as BMW debuting the M3 touring to the world whilst McLaren showcased the all-new convertible P1 that would soon be released to a few select customers.

But, the real cherry on top was the McMurtry Stirling. An all-new tiny 1,000 BHP Electric Batmobile driven by ex F1 driver Max Chilton which comfortably smashed the previous Goodwood course record by 0.8secs. Although this doesn't sound like much, for such a small course, this would be a saving of many seconds for a longer stretch of road such as the Pike's Peak. 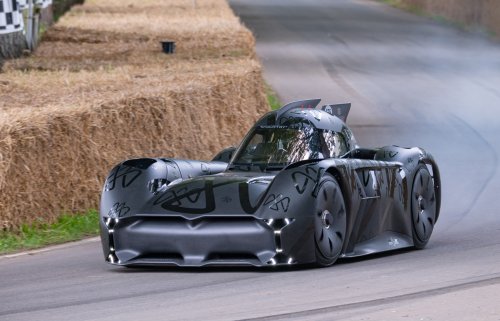 From priceless vintage classics to the latest and greatest hyper cars, Goodwood Festival. Being asked, yet again to help, we were more than happy to oblige! Goodwood is a great event for us to be a part of as it ultimately means we can keep up to date on which direction the tyre industry may be going to keep up with the growing presence of extremely powerful electric vehicles.

During the 4-day event Hometyre Sussex was positioned in the main drift paddock helping the guys at Red Bull and other vehicles competing in the Driftkhana competition with tyre changes, which as you can imagine with several near 1400bhp drift cars competing, it meant we were kept quite busy throughout the event. During the festival members of the public were able to watch us whilst we worked on replacing the hot and worn drift tyres so each of the drivers were able to achieve optimal performance during every round. 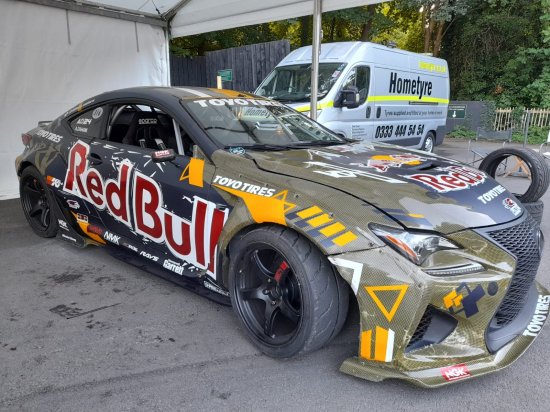 During the festival we were also asked to help the Monster Energy team with the 1200 bhp V8 LSX Nissan R35 GTR which was fitted with a Liberty Walk body Kit. The GTR was driven by Racing and drifting legend Steve Biagioni better known as Baggsy Boy who was in attendance during the full 4 days ripping up the tyres in the GTR that was built by Baggsy and his team in less than 3 months! 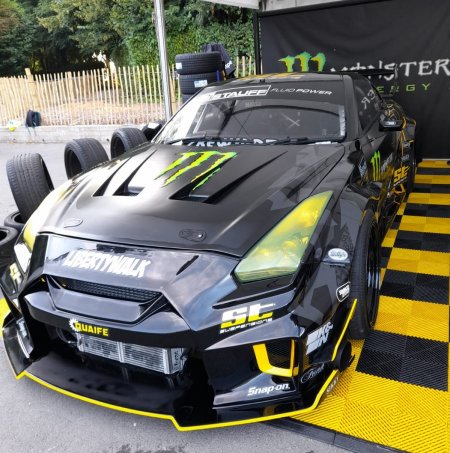 Like the years previous, there were so many tyres being thrown at us with their respective wheels that as soon as one set were completed, the next set was immediately being built up ready for the next vehicle.

Although more manic than some events we have completed in the past, such as the Porsche 992 GT3 RS launch, Goodwood is always a blast as the engine notes coming for the supercar paddock, the hill climb and the carpark behind provide the music we always love to hear. 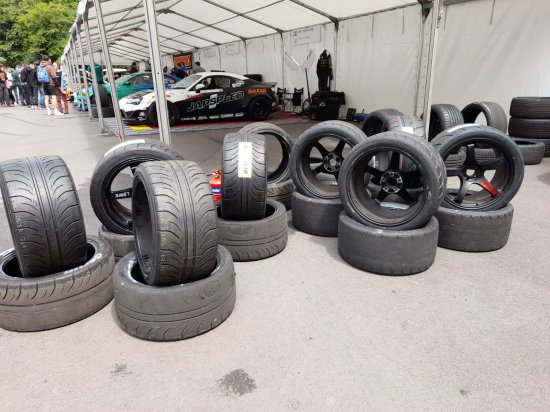 If you're in need of mobile tyre expert for your track event, be it public or private, or just need a puncture, give us a call on 0333 444 5454 or send an enquiry to info@hometyre.co.uk!