One of the most common questions we are asked, whether it be on the phone, email or the live chat service, is "What does the letter at the end of the tyre size mean?"

The letter simply corresponds to the maximum speed of the tyre. To pass the test and reach the next category, the tyre must survive five miles at a designated speed without delaminating (the tread coming away from the inner lining).

Depending on the vehicle, the most common top speed is around the 130MPH mark which would place it into the "V" category. When a vehicle goes into production and is assigned a VIN (Vehicle Identification Number) a speed rating is also assigned (depending on the wheels selected). We use this data on our system to ensure the tyre we are fitting to your vehicle is able to survive the top speed. We probably wouldn't recommend driving at the top speed of your vehicle (unless it's a classic Fiat 500 or 1978 Mini where top speeds are too scary to achieve) but, the tyre will be able to handle that speed just in case the need arises...

This started out as the manufacture, then the size and eventually the speed rating, this was a late 70's invention. At the time, "Z" was the highest rating reserved for those special vehicles that could reach mind-boggling speeds (The Lamborghini Countach LP400 springs to mind). In this situation, Z stands for 150MPH+. Back in the day, no-one thought it would be possible to hit 200 or even 250 MPH, let alone 310MPH which was broken this year (2020).

But what does the future hold for these ratings...?

Well, there are a couple of different routes that it could go down. The most likely route would be the Porsche naming scheme. On the side of tyres designated for Porsche vehicles, you will find N0 (through to N4). At the moment the highest letter used in the speed designation is Y (186MPH). For the next generation of tyres, we could start to see Y1, Y2 or Y3. To make matters even more confusing, the most recent record breaking vehicle, the SSC Tuatara, used Michelin Pilot Sport Cup 2's which have a speed rating of 186MPH but can obviously go much faster... 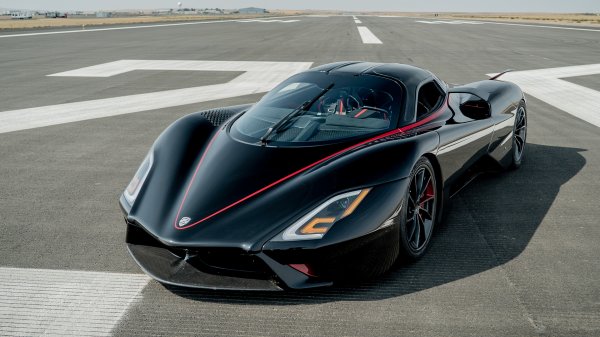 The other option is just starting at the front of the Alphabet with A, B and C respectively. But, this isn't as cool so this one's a down vote.

Finally, we have to think about the manufacturing process. Adding a 1 after the Y speed rating would cost hundreds of thousands (if not more) to the manufacturing process and these tyres would only be made in small batches. Think about the number of vehicles that can go above 186MPH. It may not fit on two hands but there aren't many about. Would it be worth the manufacturers investing in this new equipment? alternatively, the governing body of tyre manufacturers could move the speed ratings with Y becoming the new Z in respect to declaring the tyre can go about 200MPH or even 250MPH+.

Need tyres designed for high speed? Looking to put new shoes onto your 200MPH motor? Why not give the friendly sales team a call on 0333 444 5454 or send an email to info@hometyre.co.uk

Our contactless Mobile Tyre Fitting Service is provided to all of our customers, allowing us to observe every precaution we can during our visit to you.

Wherever possible, we are offering priority bookings to frontline NHS staff and other key workers.