This years F1™ British Grand Prix at Silverstone created serious concerns with regards the construction and suitability of the tyres supplied by global manufacturer Pirelli from race teams and drivers alike.

Following five successive rear left tyre blow outs over the course of the race weekend, Pirelli came under serious scrutiny with drivers even threatening a boycott of the then forthcoming German Grand Prix.

With no clear or specific indication of the tyres actual failing, it appeared that a number of factors contributed to the eventual total de-lamination of the same tyre on each car.

Excessive loading and repeated damage caused by a raised kerb block appeared to be the key issues.

In response, Pirelli swiftly altered the construction of the tyres from steel belted to Kevlar just in time for the next race. With no further incidents - this certainly appears to have corrected the problem as well as allaying the safety fears of the 200mph drivers.

So what is the difference?

Kevlar was created somewhat by accident in 1964 by a Polymer chemist. In anticipation of a petroleum shortage, a team were searching for a new lightweight high strength fibre to use within tyre construction when they stumbled upon a new and seemingly unbreakable fibre.

The first commercial use of the now widely known synthetic fibre was actually for racing tyres during the 1970s.

With properties such as tensile strength matching that of steel, Kevlar is the ideal alternative where weight has search an influence on the performance of the product. In fact it is five times stronger than steel on an equal weight basis!

For F1™, Pirelli were instructed to provide tyres that further enhanced the entertainment value of the sport for the spectator - without compromising on safety. The steel belted tyre construction, following the first half of the season and certainly since Silverstone, was already due to switch to Kevlar but this was brought forward accordingly.

Despite the obvious quality difference of the polymer fibre, Kevlar is not used as a replacement for steel in mass produced passenger car tyres. The cost of production is considerably higher and would make the end product cost prohibitive for the consumer. 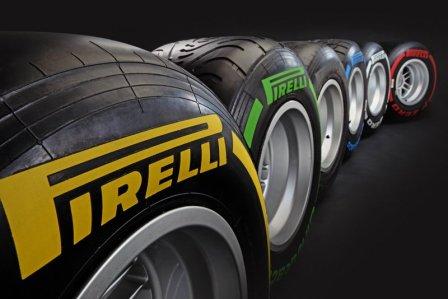 Hometyre supply and fit new tyres at your home or work address through a fleet of mobile tyre fitters at selected regions of the UK. Call our team for further information on 03334445454 or book online at www.hometyre.co.uk