Burst Tyres but no Burst Dreams

Living close to a tyre supplier has its benefits. For example, we recently had a customer call in as her son's tyre had burst at the side of a quiet road. We guided her through getting the tyre size from the side of the tyre and suggested a couple of options for the replacement tyre. As they don't do much mileage and it's often used around town, the customer settled on a 215/55 R18 Runway which is regarded as being one of the quieter budget tyres. 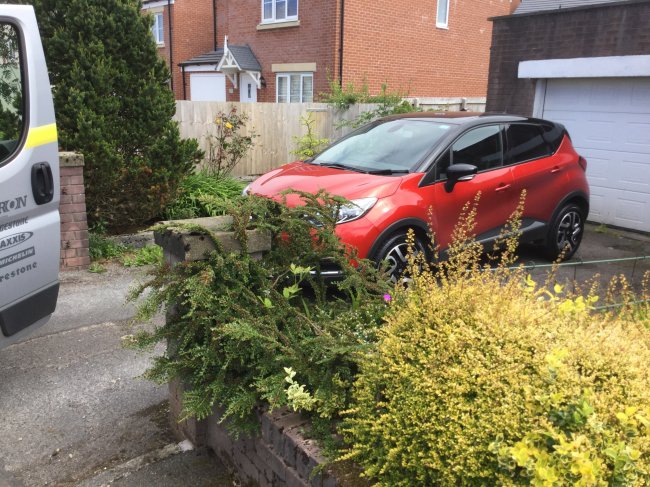 With the tyre collected and on the van, we called the customer and arranged a meeting point where we could gather and head over to the vehicle.

Upon arriving, it was clear the the old tyre couldn't be saved. We jacked up the Renault Captur, removed the wheel and placed it on the turn table in the van. The old Accelera tyre was taken off and the new Runway installed in its place. After a quick scrub, the wheel was put back on the vehicle. The three other tyres had decent tread depth, but the customer might want to start looking into replacing them sooner rather than later.