Track day support at the Goodwood Festival of Speed.

One of the services Hometyre supply is tyre support at track day events. 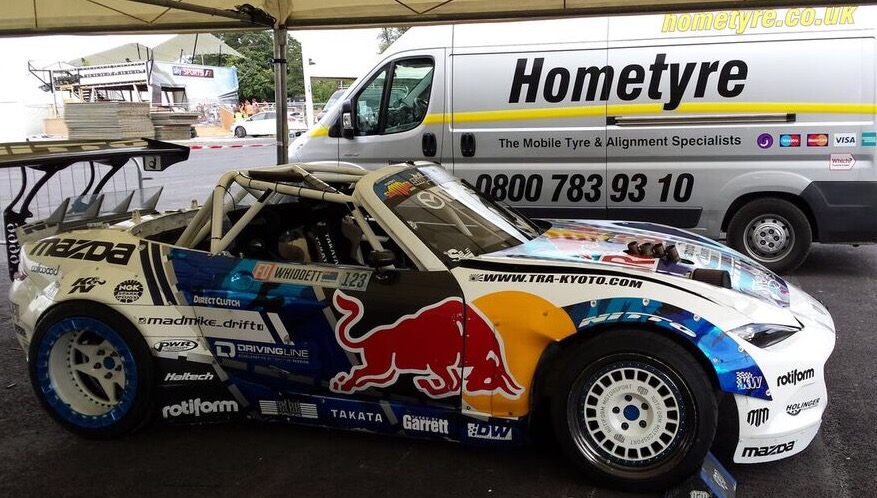 In 2018 I was asked by Redbull if I could support Mad Mike a leading drift driver from New Zealand with his 'Radbull' Mazda MX5, as he was making a promotional film for the Festival of Speed.

I stayed in the paddock area while he went out drifting for the film, then replaced tyres for him between takes. From this we got to know the Redbull team as well as Mike's team of mechanics.

In 2019 Redbull remembered us at Hometyre and asked us back to supply tyre support for Mad Mike who was drfting his new Lamborghini. 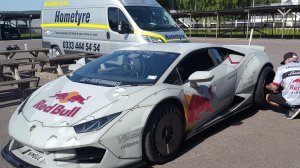 Mad Mike filmed a promotional event for the Festival of speed with a race between him and a Russian KAMAZ truck, which jumps over his car. This was filmed about two weeks before the event and Hometyre was there providing tyre support for the day. 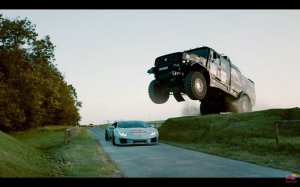 I was then asked to attend the Festival of speed for all 4 days to support Mad Mike and all for the other drift cars in the paddock, where they put on drift shows as well as going around the track. There were teams from the UK, (The most famous being Ken Block with his Hoonigan), teams from Japan, America and the Arab emirates. 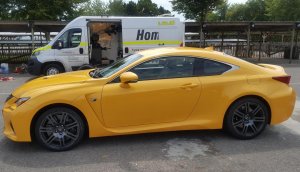 customers and again we were asked to support this one day event where their Lexus RCF cars were doing laps of the motor circuit at high speed. Professional drivers would go out and show the customers how to drive, they would then move to the passenger seat and observe the customers driving on the track. Some of the cars had blow outs and limped back to the pits where we replaced the tyres ready for them to go out again.

This month in 2021 Hometyre Sussex was requested by Goodwood to attend the Festival of speed again to supply support to the teams doing drifting during the event. These drift cars can go through a set of tyres in one run around the track as they do doughnuts at various areas around the track in front of the spectators.

This year there were no drift shows in the paddock so tyre usage was less. Due to covid restrictions Mad Mike was unable to attend the event, so there were only UK based drivers namely.

1. Baggsy in his2019 Nissan GT-R although he had engine problems on day two and had to use his older Nissan Skyline for the last two days. 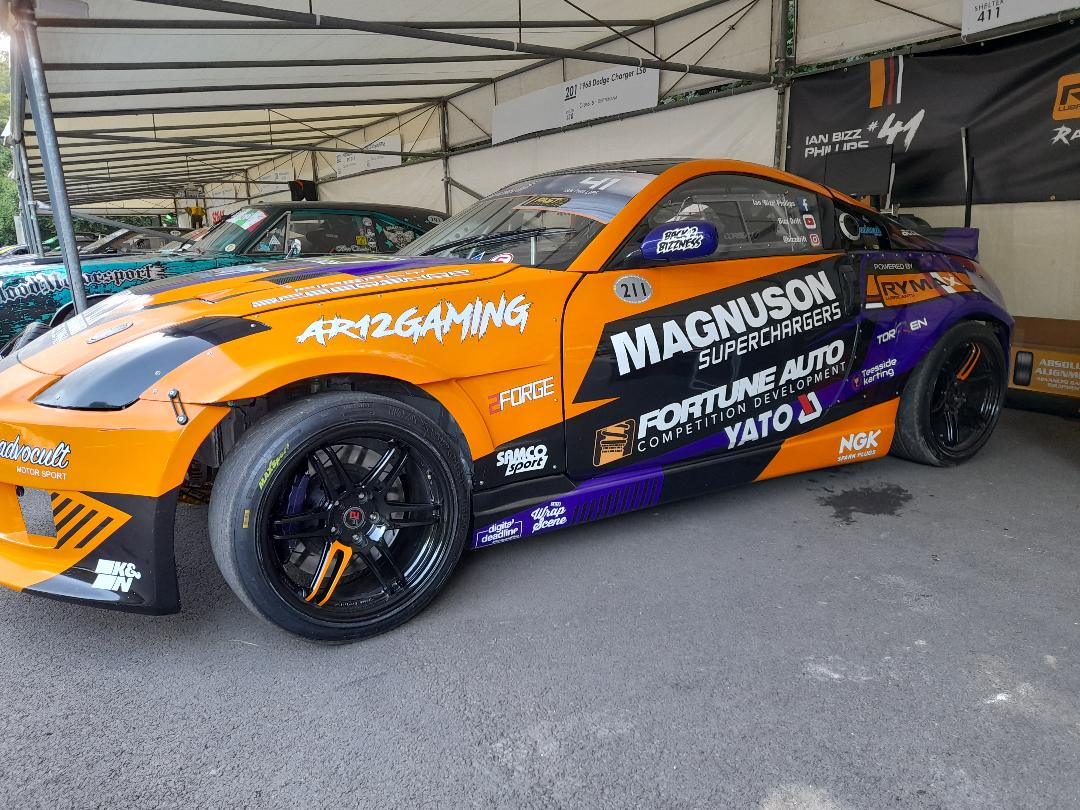 We also fitted tyres to the Jaguar team for the car they use to drive on two wheels up the hill, these tyres are inflated to 80 psi to support the weight of the car.

Over the event we swapped slick tyres for rain tyres for a Subaru Impreza, as well as fitting slick tyres to the Mustang Mack-E that was trying to set a good time running up the hill. 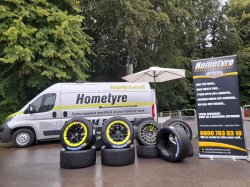