One of last weeks jobs was to support the team at Goodwood at a fun trackday. An outside company had booked the motor circuit for the day as a day out for their employees.

They brought with them a Ferrari F1, a Porche 911 and a Mini Cooper. They also had use of a further Ferrari, a BMW M5 and an M4.

It was arranged that Hometyre would bring a selection of tyres to fit their cars and be on hand to replace any as and when needed. 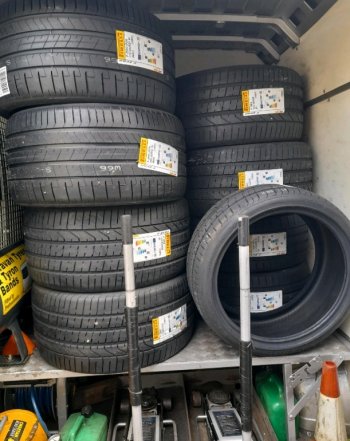 We also had a set of Michelin tyres for the Goodwood BMW X3 course car used by the Marshalls.

The plan was to fit the tyres to the course car between any other tyre fitting needs.

As it was, the only track car needing tyres was the  Mini Cooper.  After just a few laps on the track it came in with a flat tyre. The driver thought it might be a dodgy valve as it had had new tyres fitted the day before.  It turned out to be a damaged sealing area on the tyre, this had been caused by whoever fitted the tyre originally. We soon had the tyre removed and a new tyre fitted, allowing the driver to get back on the track as soon as possible.

After this I got on and replaced the tyres on the course car. 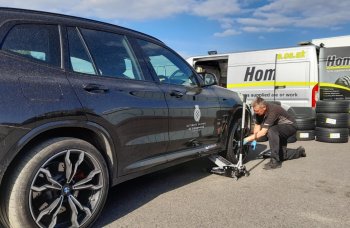